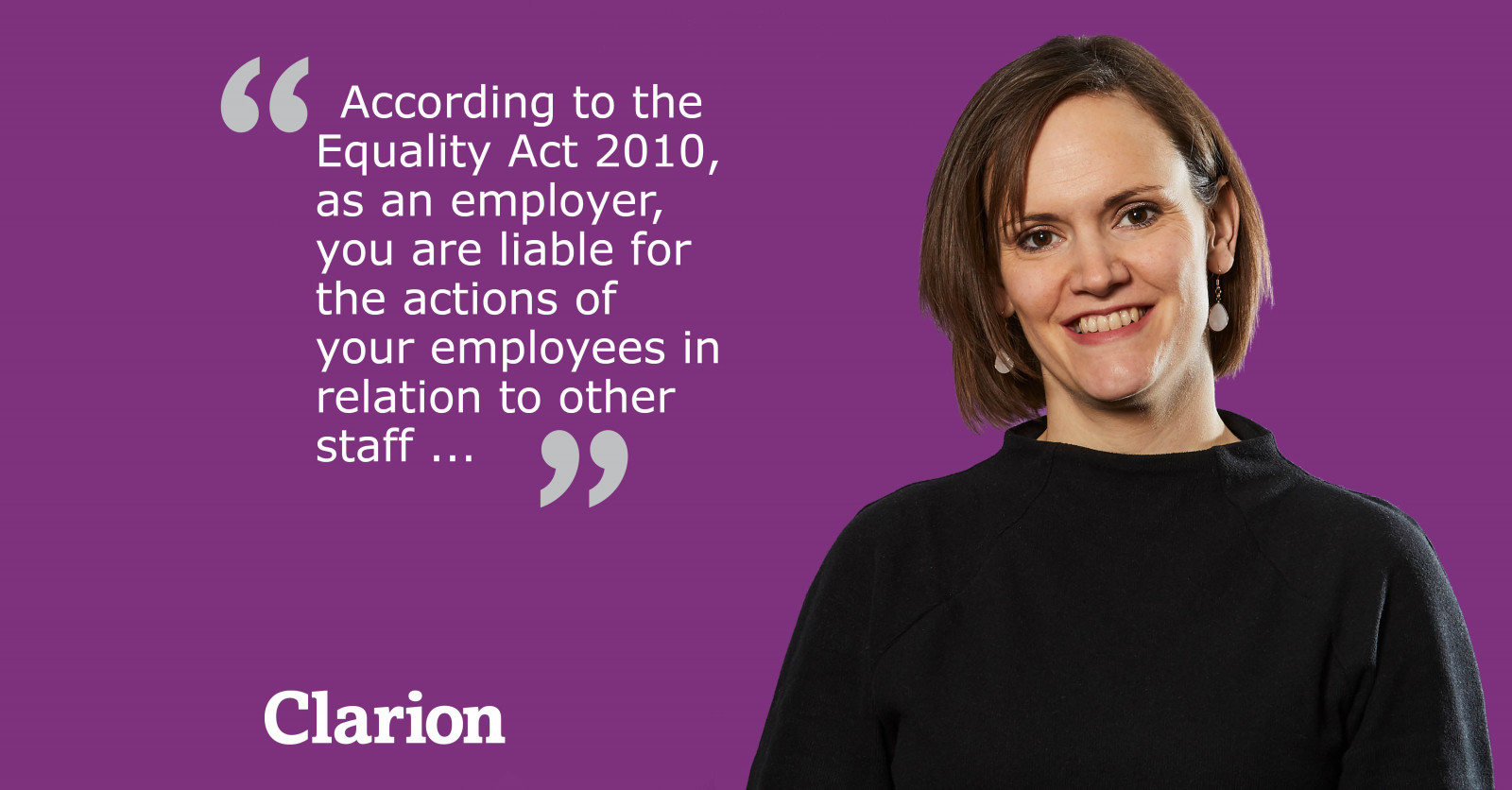 Workplace harassment - the impact of Brexit

In the weeks following the EU referendum results on 24 June 2016, there was a spike in racially motivated violence and hate crime across the UK, both in public and on social media, with over 3,000 allegations recorded.

Police reports showed a 42 percent increase in hate crimes in the period following the announcement of the results, with authorities believing it to be the worst spike on record. Crimes of harassment, threats and racial abuse were aimed at visible minorities like migrant workers, refugees, Muslims, and people from Eastern Europe.

As is often the case, harassment in the streets or online tends to filter into the office as well and people also complained of racial harassment at work. Furthermore, HR-24.co.uk, an online resource that specialises in HR news and legislation updates, reported “a definite upsurge in issues for employers in managing with diversity in the workplace issues in the build up to the referendum and since the leave votes.” In fact, some workers have also protested that they’ve been ostracised at work due to their political views surrounding Brexit, with some employees reporting harassmentby Remain colleagues upset at the outcome of the referendum and angry with how they voted.

Given this, and how closely the surge in harassment in 2016 was associated with the results of the referendum, it’s reasonable to anticipate that something similar may happen when (or if!) the UK finally leaves the bloc. If you’re an employer, you should be aware of this and plan accordingly for a possible rise in workplace harassment – and now is the time to do it.

According to the Equality Act 2010, as an employer, you are liable for the actions of your employees in relation to other staff - even if you don’t condone the employees’ actions. There is a statutory defence, if you can show that you took all reasonable steps to prevent discrimination from occurring. However, you would have to be able to show you took reasonable steps to protect staff before any discrimination occurred and acted quickly and fairly as soon as any workplace harassment was reported to you.

Workplace harassment - What employers need to do to prepare

You must be able to show you took active steps on an ongoing basis to prevent discriminatory behaviour in the workplace. To do this, we recommend such actions as ongoing diversity awareness training, including modules on equality, diversity, anti-discrimination legislation and information on your staff’s rights and responsibilities when it comes to reporting harassment. You might also want to consider incorporating the issue of harassment into other areas of workplace training, covering such areas as communication, unconscious bias and performance management.

Now would also be a good time to make sure your anti-discrimination and anti-harassment policies are up-to-date and redistribute them to all staff, reminding them that any breach of these policies will be a disciplinary matter. They should also be easily available to staff on your company’s intranet and other communication channels, such as noticeboards and the employee handbook. The policies should also outline your grievance procedures and whistle-blowing policy, including such relevant information as a whistleblowing helpline, if you have one. If you don’t, it might be worth considering setting one up, to make reporting workplace harassment as easy as possible for staff.

Policies should also clearly outline the exact process, and timescale, that will be followed in the case of a complaint, and the type of support available to staff, including mediation, counselling and appropriate training. It would also be advisable to make sure there are additional support mechanisms in place for both the complainant and the potential perpetrator while any investigatory process is ongoing.

Getting your culture right

Regular and anonymous surveys of staff will help to identify areas of your business that might be at risk of discriminatory behaviour. This is part of making sure the culture of your business is inclusive and supportive, and reflects the equality and diversity of your workforce in a positive and meaningful way. Initiatives like workplace equality and diversity days to help champion your commitment to a cohesive and equality-based workplace culture may also be worth considering. Make sure your senior managers and leadership team establish and emphasise a zero-tolerance approach to discrimination, making it clear that workplace harassment is unacceptable. Managers should also be reminded to be on the look-out for any problems and prepared to deal with them in an effective, timely and non-judgmental way.

Currently, very few employers are doing enough to rely on the statutory defence to shield themselves from liability if an employee complains about discriminatory behaviour. Make sure you are doing as much as possible to protect and prepare your staff before it’s too late – when, or even if, Brexit occurs.

If you have concerns about workplace harassment or discrimination in the workplace, please contact our Employment Team.